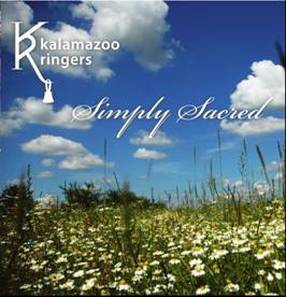 This recording features The Kalamazoo Ringers, under the direction of Janet Van Valey. Cathy's "Dixieland Swing on What a Friend We Have In Jesus" is included. 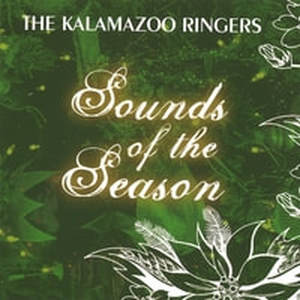 This recording features The Kalamazoo Ringers, under the direction of Janet Van Valey,  in which two of Cathy's titles are included: "Still, Still, Still" and "A Christmas Fiesta." 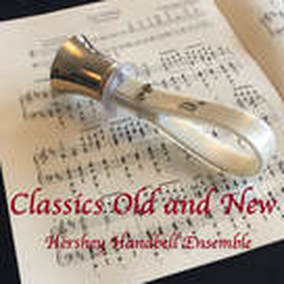 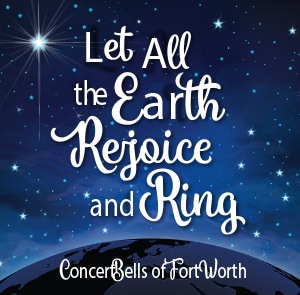 This recording features Concert Bells of Fort Worth, under the direction of Stephanie Rhoades, performing a delightful assortment of Christmas titles. 5 of Cathy's titles are included: "Comfort, Comfort,"  "Come, Thou Long-Expected Jesus," "Lo, How a Rose," "Patapan," and "Oh, Come, All Ye Faithful." 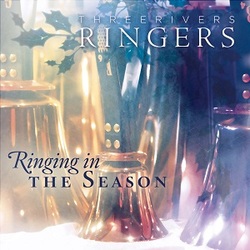 The Three Rivers Ringers of Pittsburgh, PA released it's latest CD in December 2014. It includes Cathy's arrangements of "Greensleeves" and "Hark! The Herald Angels Sing." 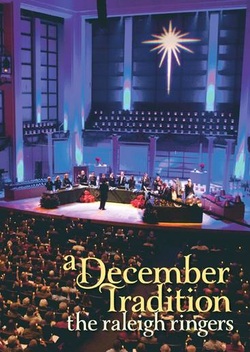 The Raleigh Ringers requested that Cathy write the inside cover notes for their latest DVD "A December Tradition", a holiday DVD which was released November 18, 2013.  This DVD includes Cathy's very popular arrangement of The First Noel. 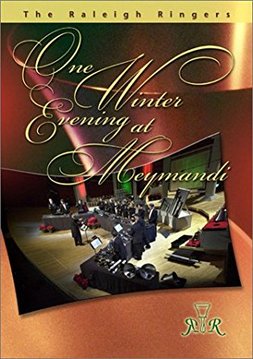 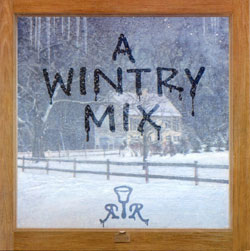 The Raleigh Ringers have included several of Cathy's arrangements in this holiday CD: 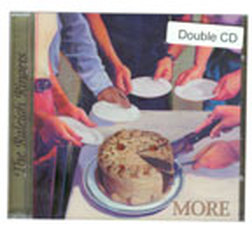 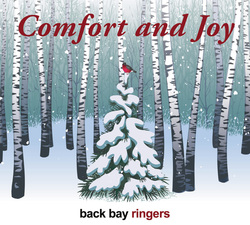 The Back Bay Ringers of Boston, MA have included two of Cathy's Christmas classics on their latest CD "Comfort and Joy" (2013); O, Little Town of Bethlehem, and Ave Maria (Biebl). 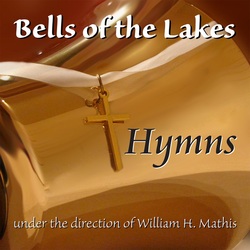 Three of Cathy's arrangements are featured on "Hymns", the latest CD audio recording by Bells of the Lakes of Minneapolis/St. Paul, MN; When In Our Music God Is Glorified, Meditation on Beautiful Savior, and Joy to the World. 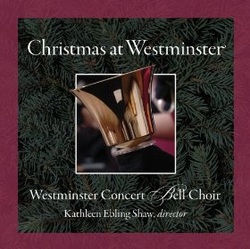 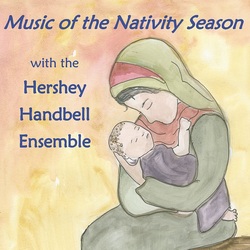 The Hershey Handbell Ensemble, Hershey, PA, has included two of Cathy's popular Christmas arrangements in this 2012 recording; Joy to the World, and On This Day Earth Shall Ring.  The group has three other recordings also featuring Cathy's music. 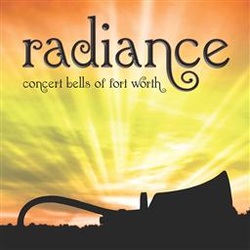 Radiance includes four of Cathy's handbell titles from the Choristers Guild catalog, performed by Concert Bells of Fort Worth under the direction of Stephanie Rhoades.  Includes Festival Sanctus, Jerusalem, My Happy Home, This Is My Father's World, and Jazz Waltz on Praise to the Lord.
In Memorium 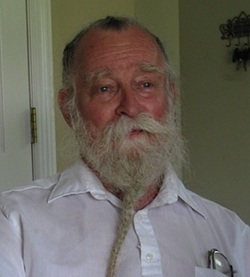 Norman “Norm” Paul Heitz, handbell and choral musician, director, educator, editor, business owner, devoted husband and dear friend, passed away on September 12, 2013.  Norm was born on May 29, 1936 in Mansfield, OH, to Albert and Mable (Shepardson) Heitz.  He is survived by Helen, his loving wife of 44 years; his brother, Richard (Fern); and his sister, Rita Lanning.  Memorials may be given to Lutheran Church of Christ the Redeemer, 5440 Penn Ave. S., Minneapolis, MN 55419.  A funeral service will be conducted at Lutheran Church of Christ the Redeemer, on Tuesday, September 24, at 7:00 PM.

Norm’s vast knowledge and experience with handbell and choral music was imparted over many years as music editor for Augsburg Fortress Publishing, and as a handbell and choral director at several Twin Cities churches.  In 1985, he began directing the handbell ensemble at St. Olaf College in Northfield, MN, continuing there for several years and equipping the group with the five octaves of handbells that are in use today.

Norm started “Heitz Handbell House” in Helen’s and his home in 1980 as a surge in handbell programs had occurred across the U.S., and handbell music had begun rolling off the presses in large quantity.  He had browser bins set up on tables in their sunny front porch on Garfield Avenue in Minneapolis, where handbell directors were welcome to peruse practically everything ever written for bells.  Norm would then go into the basement, the garage, the attic, or wherever he could store the stock, and would reappear with the completed order.  Norm’s motto back then was, “Call anytime – breakfast to bedtime!” and rare was the piece of music Norm didn’t have on hand.

When the front porch was no longer adequate, Norm began the process of moving the business to a group of rented rooms in the lower level of nearby Salem Lutheran Church in 1995, where I helped Norm put several file cabinets full of music back in order after they had been turned upside-down and sideways by the movers!  Later, the stock was moved to various other spaces in Minneapolis, and finally in 2010 to the present location of “Heitz Handbells and Music” on Queen Avenue in Richfield, MN.  By that time, Norm had partnered with Carol Scheel, who carefully and compassionately did a superhuman job of setting up the new space, organizing all of that music, getting the online presence going, and maintaining the numerous customer relations.  Norm’s health was in decline, but he was a devoted partner, hardly missing a day in the new office space.  Carol recalls:

“He loved the creation of Heitz Handbells and Music.  He loved the place on Queen.  Many days he’d come in and rejoice in carpeting, colorful walls, a window...a REAL office!!!  Ask any longtime friend of Norm’s and they will tell you that he loved choral music and handbells.  Norm loved playing the Wednesday NPR “Guess the Piece” game.  He was usually right.  For many years, Norm went to all the choral and handbell workshops that he could.  Norm was a fixture in the Area 7 handbell world.  In this time of extreme sadness, while we bear the pain of Norm’s passing, Heitz Handbells and Music will rejoice in our friend’s new life in Christ.”

Norm’s quirky, eccentric personality and quick-witted sense of humor endeared him to many of us over the years.  His bearded, bespectacled face and droll charm will be missed in the store and at handbell events across the country.  Norm’s legacy of knowledge and service is highly respected in the handbell music industry, and he will be fondly remembered by all of us.  Well done, my friend. 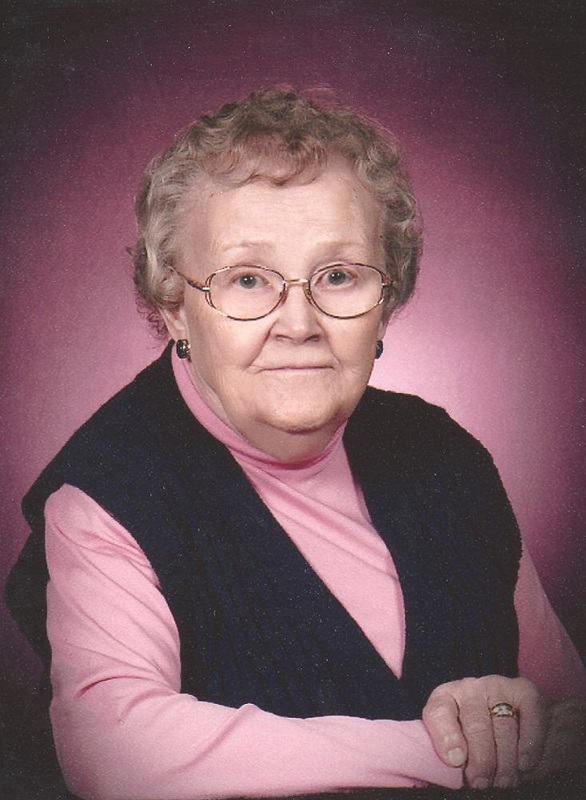 Barbara (Bruget) Berntson was born in Volin, SD to Jorgen and Helena (Pfeiffer) Bruget on August 25, 1918. She graduated from Volin High School in 1936 and attended Springfield Normal and received a teaching certificate. She taught at Prospect Hill Country School, Alcester, SD for three years and at Willow Dale, Yankton, SD for one and one-half years. Barbara accepted the position of Yankton County Assistant School Superintendent in 1941 under Alma Burke.

Barbara was married to Glenn Berntson on December 28, 1941 at the Volin Methodist Church. This day was also her parent’s silver wedding anniversary. One son was born to them, Paul, in 1946. Glenn died in 1997.

From Yankton they moved to Mitchell, SD and later to Brookings, SD. They were residents of Brookings for over fifty years. At this time, they were active in the First Lutheran Church where Barbara directed and organized several bell choirs. She was also an active member of the Brookings Sons of Norway.

Barbara and Paul moved to Yankton in 2003 and entered Autumn Winds. When her health started to fail, she became a resident of Yankton Care Center.
Barbara is survived by her son, Paul of Autumn Winds West, Yankton, SD, four sisters: Janis O’Keefe of Albuquerque, NM, Kaija Jared and Diane Gunderson of Yankton, SD and Fern Davis of Lodi, CA; sister-in-law, Helen Berntson of Vermillion, SD and several nieces and nephews.

Barbara was preceded in death by her parents, her husband, Glenn, one brother, Bernard and one sister, Yvonne. 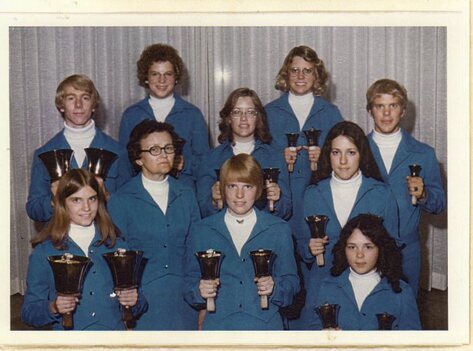